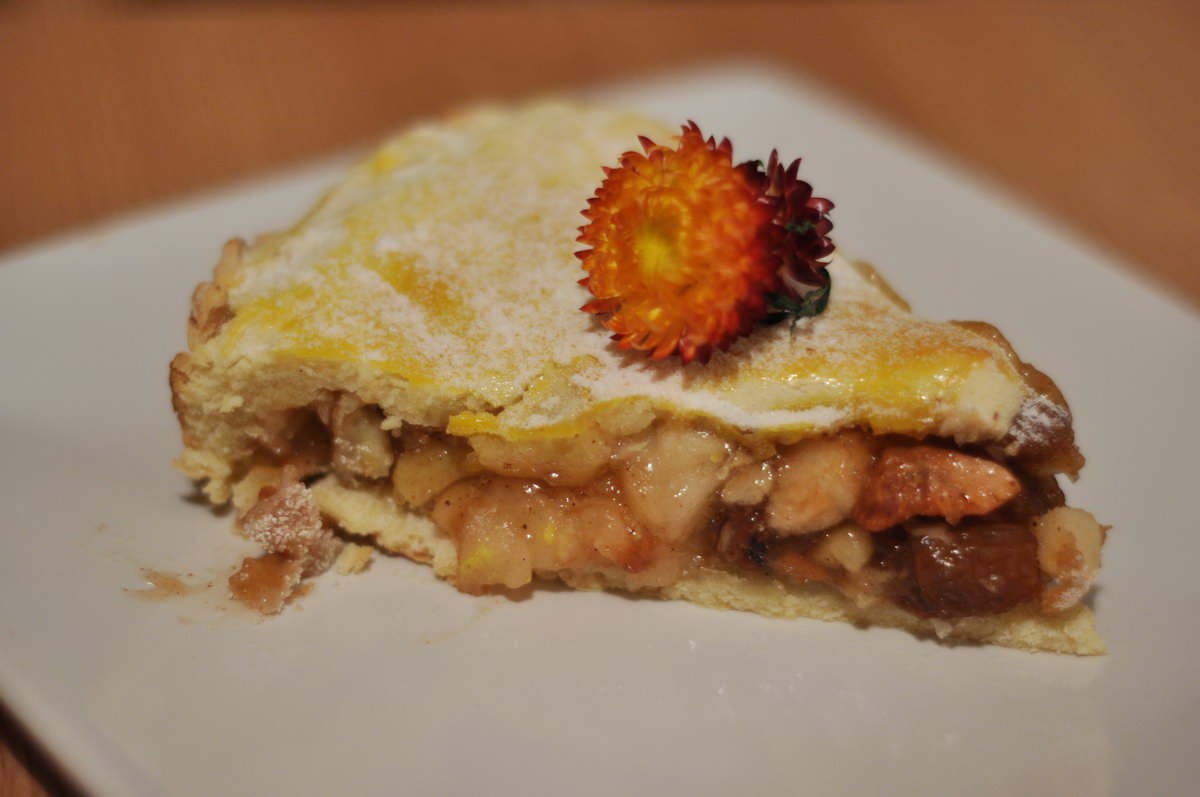 We had some summer apples these days from our parent’s orchard, they were quite sour, as summer apples usually are, but they have that special flavor that I’ve tried to make it stand out in this yummy apple pie.

This is the best pie I’ve made so far, it’s the classic butter flaky crust pie recipe, and it needs nothing more to make it the best it can be.

Some more ingredients:
1 tablespoon meal to add over the first layer of dough
1 egg yolk for coat the crust
powdered sugar to sprinkle over

Mix the dry ingredients of the dough, add cubs of cold butter. Use a pastry tool to mix until you can see the butter as pea sized pieces, don’t mix it too well, it will not be flaky enough! Don’t use your hands, and use only cold ingredients, the goal is to process it in the coldest way possible! The mixer is also not that good because it breaks the butter in too small pieces, even if it seems the dough is not even enough, this is the best approach. Add the yolks and the cold water, a spoon at a time, until it holds together. Put it in the fridge for at least 1h(2h or more is best). Cut it in 2. Put one part back to the fridge, roll the other one with a paddle and put it in a tray, you don’t have to grease it, but it’s better to cover it with baking paper, as it will be easier to get it out on the plate. Set the tray in the fridge while making the filling.

Making the filling: Peel the apples, cut them in small pieces, add them in a pan and cook them with sugar until the juice comes out. Let them cool, add the corn starch, raisins, and cook until it gets thick. Finally add the cinnamon and vanilla essence. Let it cool again.

Add some meal over the first layer of dough then the filling. 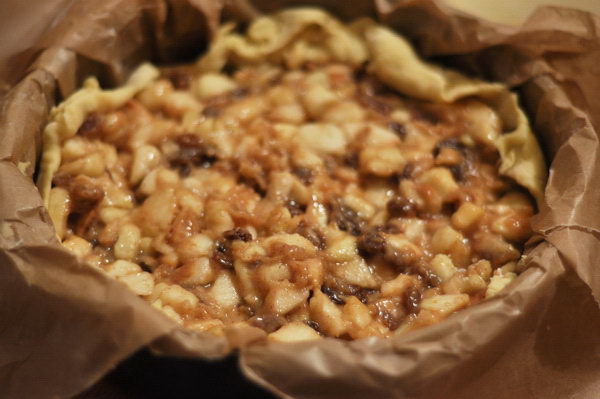 Roll the second one, add it on top, make some cuts with the knife to make room for the steam. 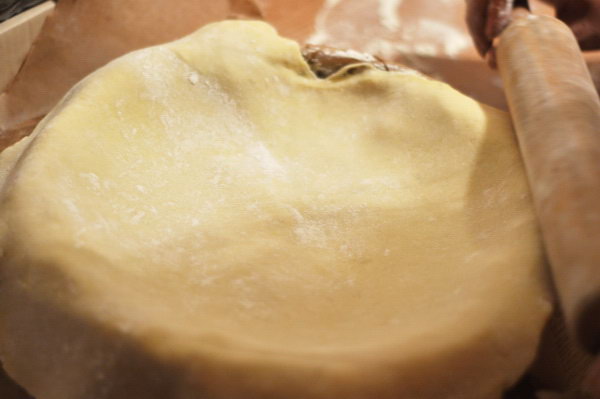 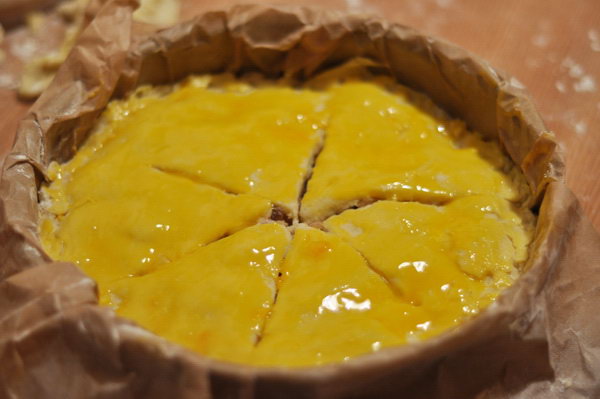 Coat it with the egg yolk. Cook in the oven for about 45min, at 180 degrees C. In the end powder with sugar. 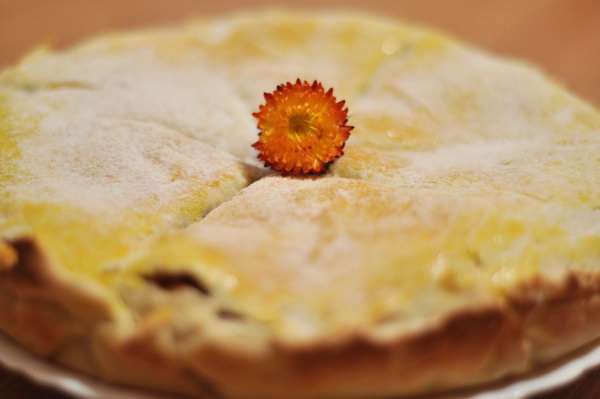 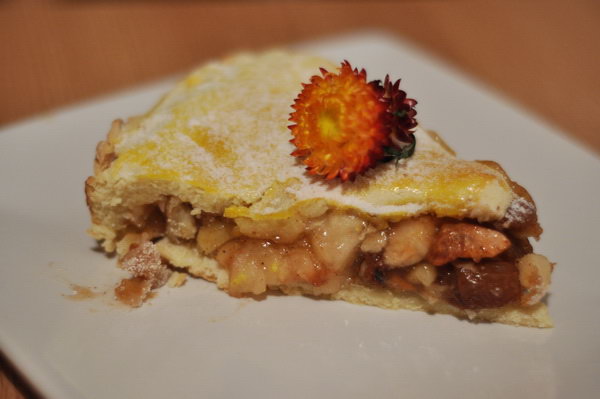 I had some dough left, I put it in the freezer(You should defrost it in the fridge before you use it) and used it next days for a mini pie 🙂 without the top layer. 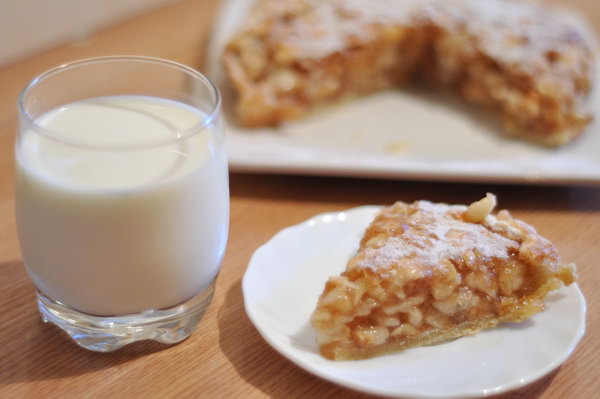