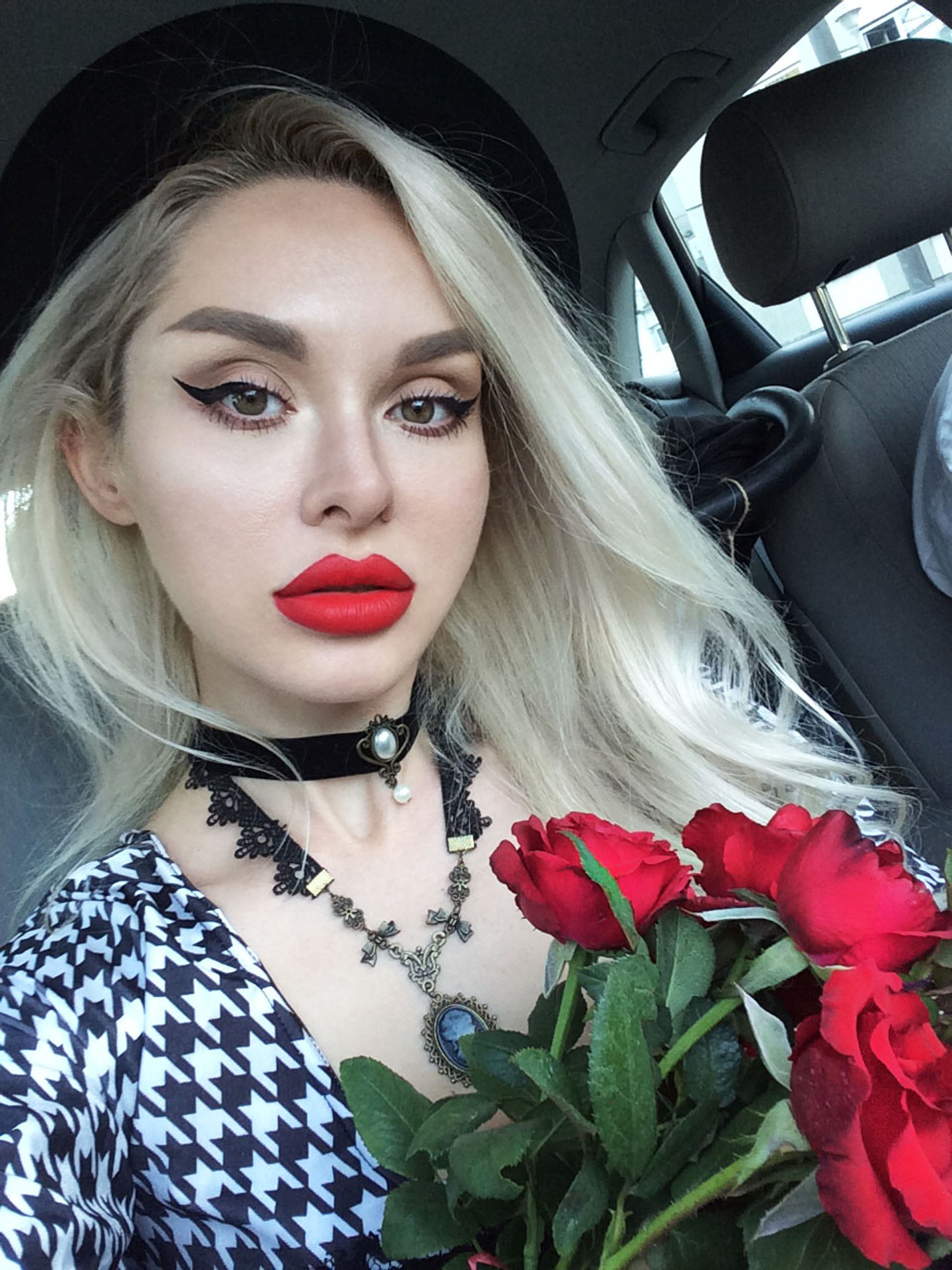 Black and white mix is one of my favourites, especially the gingham pattern(this is not exactly gingham, but it’s similar). Unfortunately this dress has a cheap fabric, it might not show on photos but in reality it doesn’t look so good, although the entire styling caught a lot of attention and a received some compliments wearing it. So I’m currently searching for a similar one with a better quality, actually I also want a coat as well as a 2 piece with this pattern since there’re so many ways it can be mixed and matched. This particular mix reminds me of Charlie Chaplin: black and white, the bowler black hat and red flowers(roses, not carnations, although I adore carnations as well), it’s from there, of course. 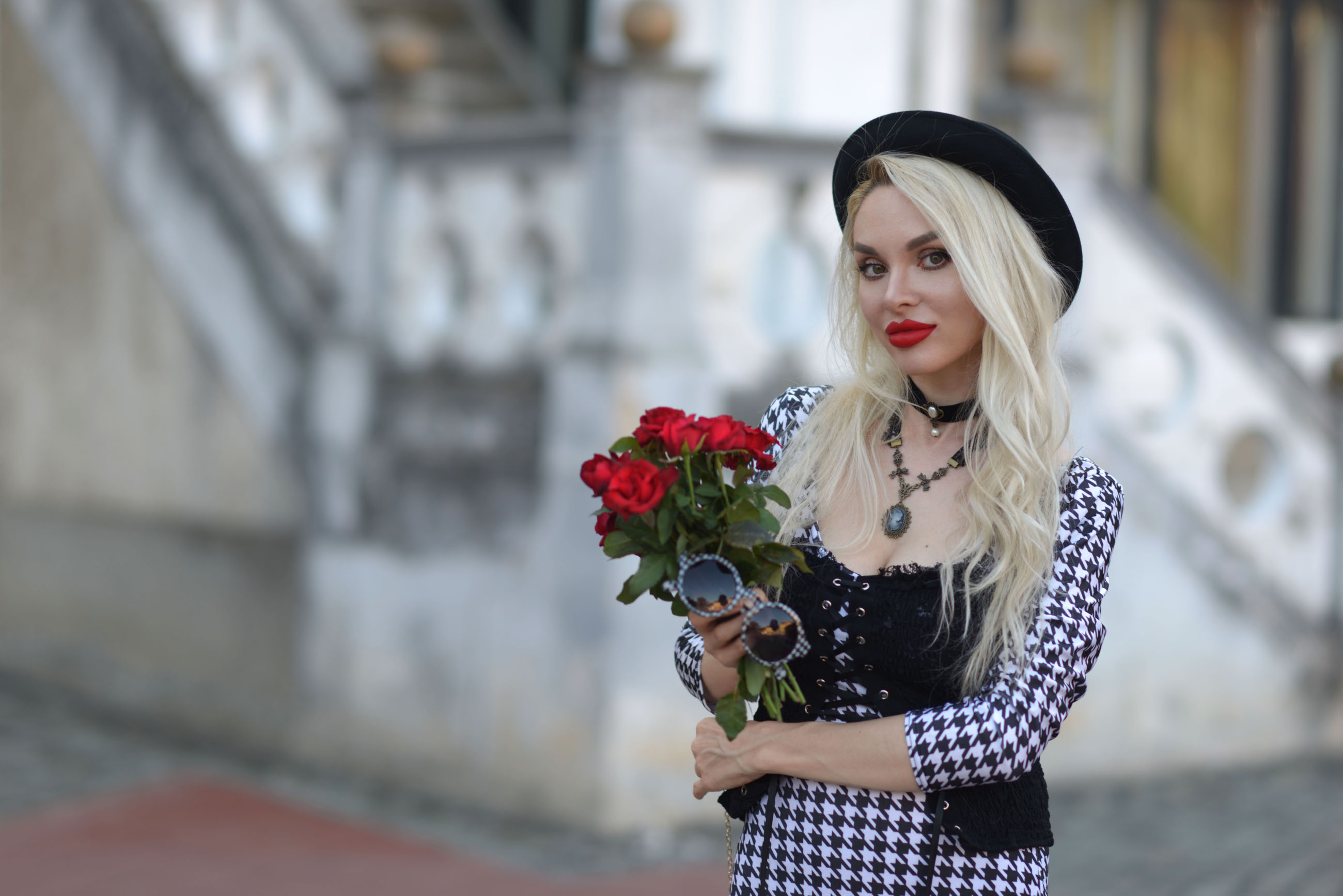 I styled this dress with a black corset from Zara, black hat and some lace with cameo, vintage looking accessories from Aliexpress. I purchased so many bargain items from Aliexpress, especially some really beautiful designer dupe bags, lots of accessories as well as some cloths, so I’ll probably make a video haul with my shopping on Aliexpress, in wich you, guys, might be interested in. The peep toe, lace up, clear boot are from Aliexpress as well and are very in at this moments. Chanel Spring-Summer runway show presented most(if not all) of their outfits with clear boots similar to these, as well as clear gloves and hats. I’m not sure, but this trend might have been set by Kardashians, I’ve seen them wearing them so many times. Anyway I love them too, and they are so versatile, it’s just that in the summer they keep the sweat and it becomes uncomfortable. I also have a pair of clear, hight boots which I’ll wear in my next outfit and I’m also looking for an over the knee pair as well. 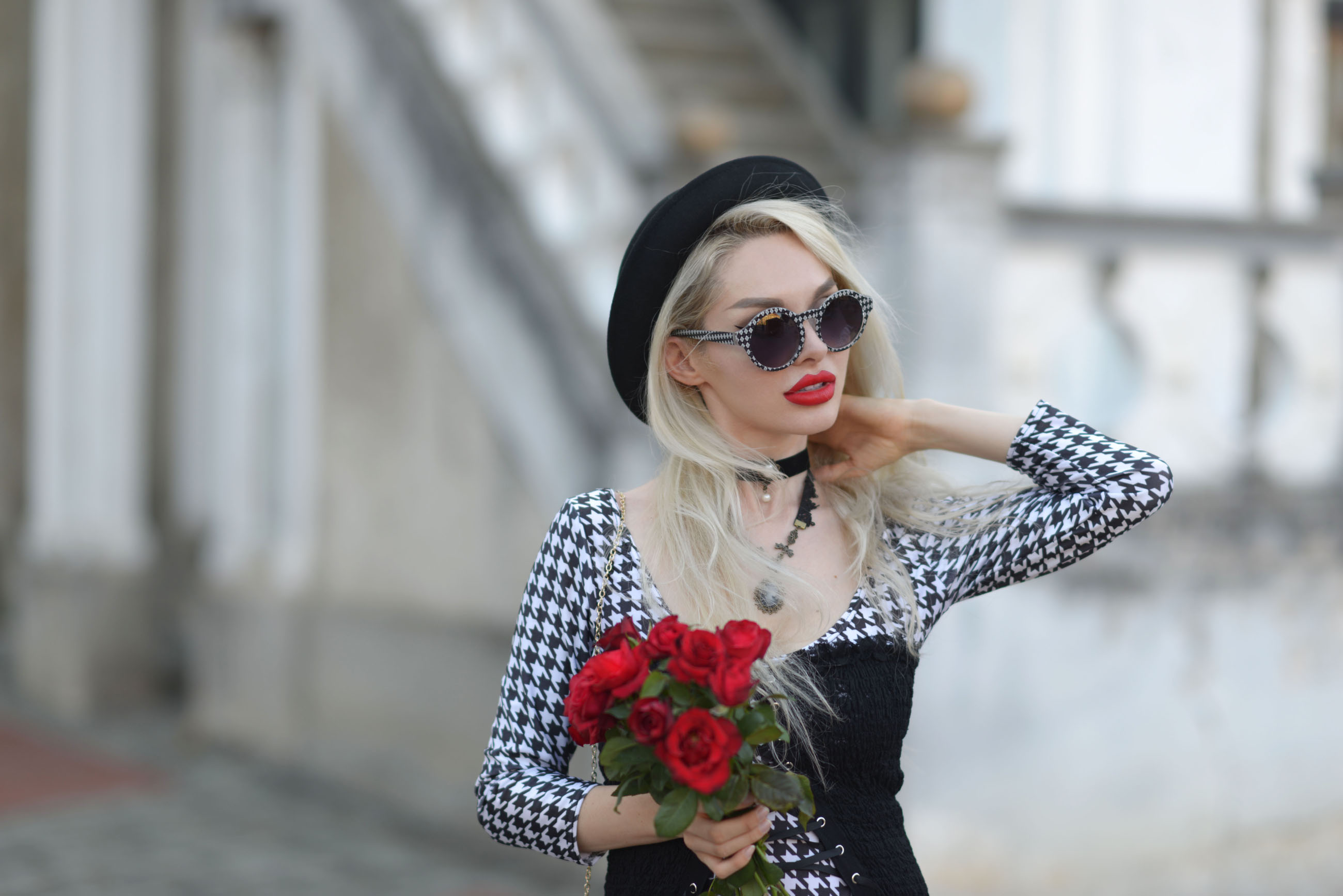 I choose a pair of sunnies with black and white gingham patter frame as well and a clock box bag, I like it a lot, I wore it in many of my outfits. 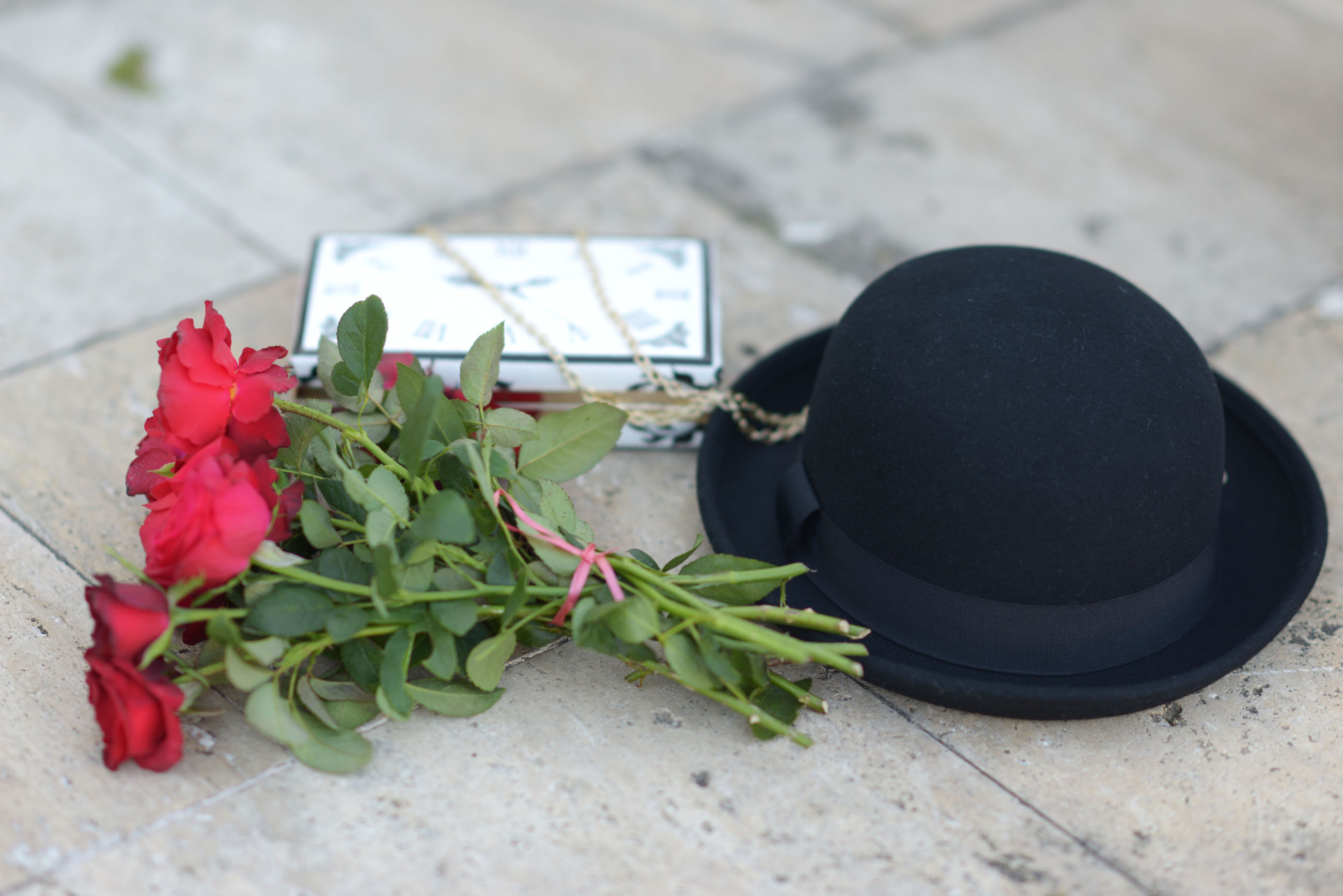 This is actually a shooting from last summer, but I only got the chance to post it now..Soon I’ll be posting a little vlog on this as weel. 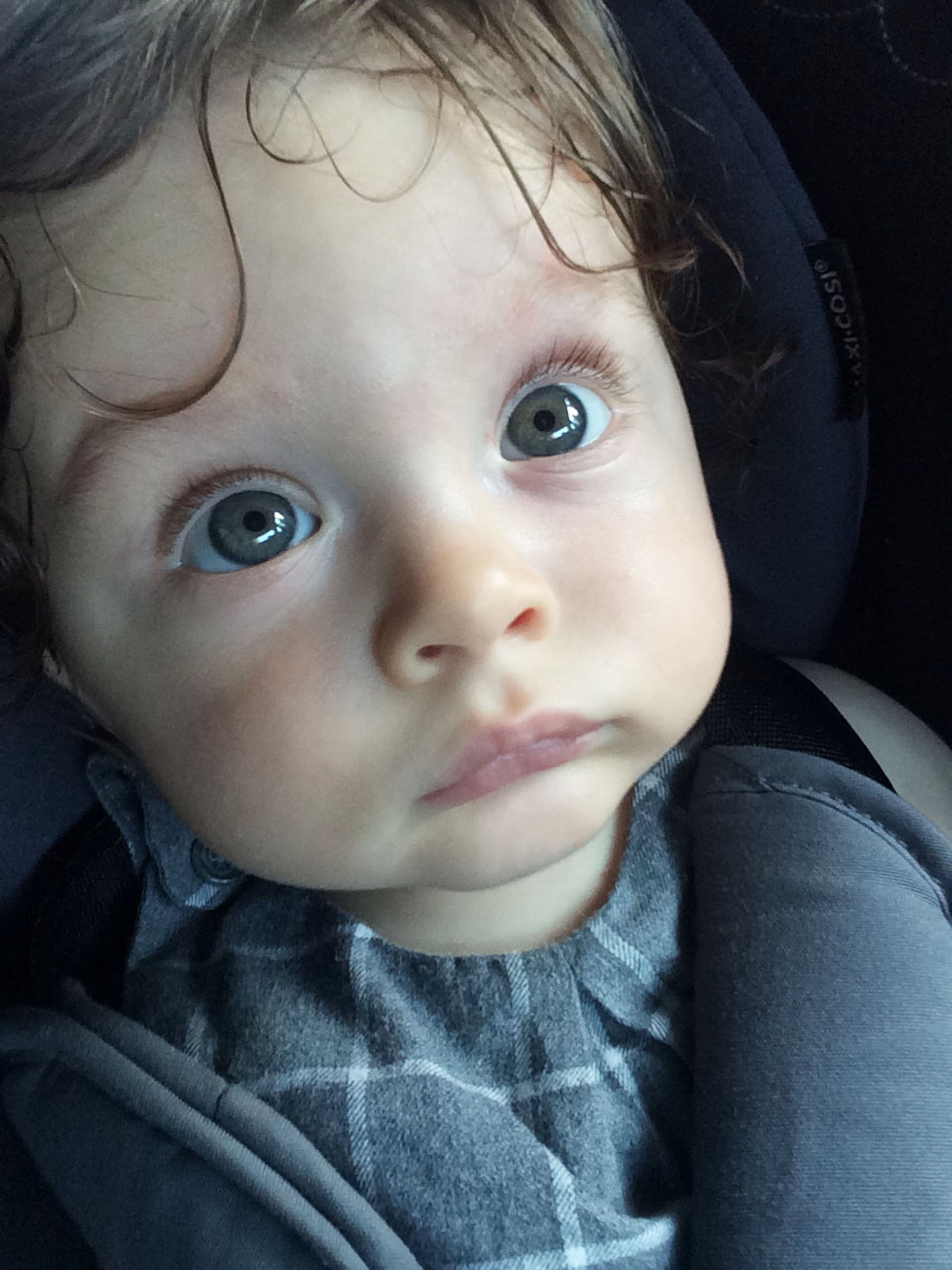 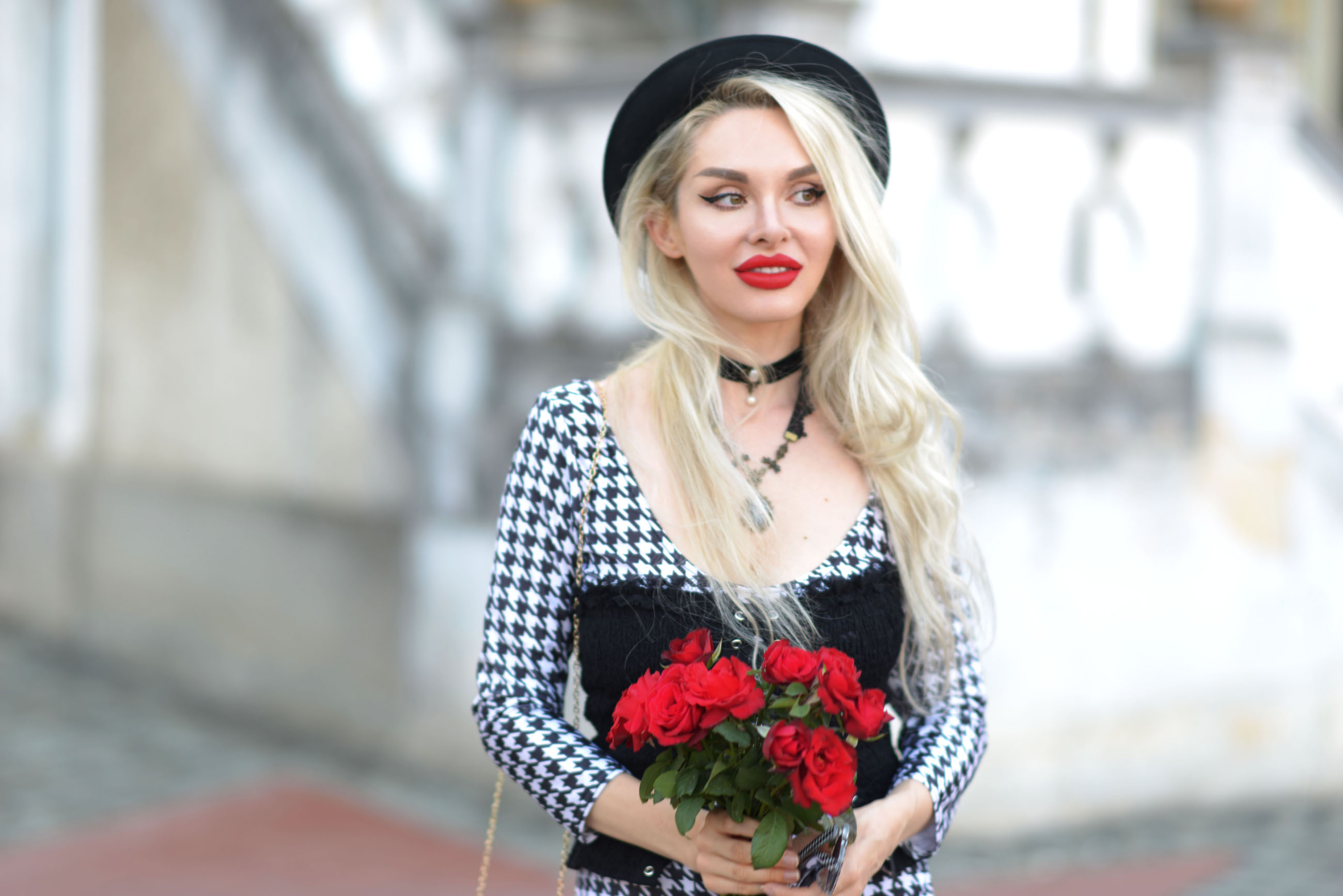 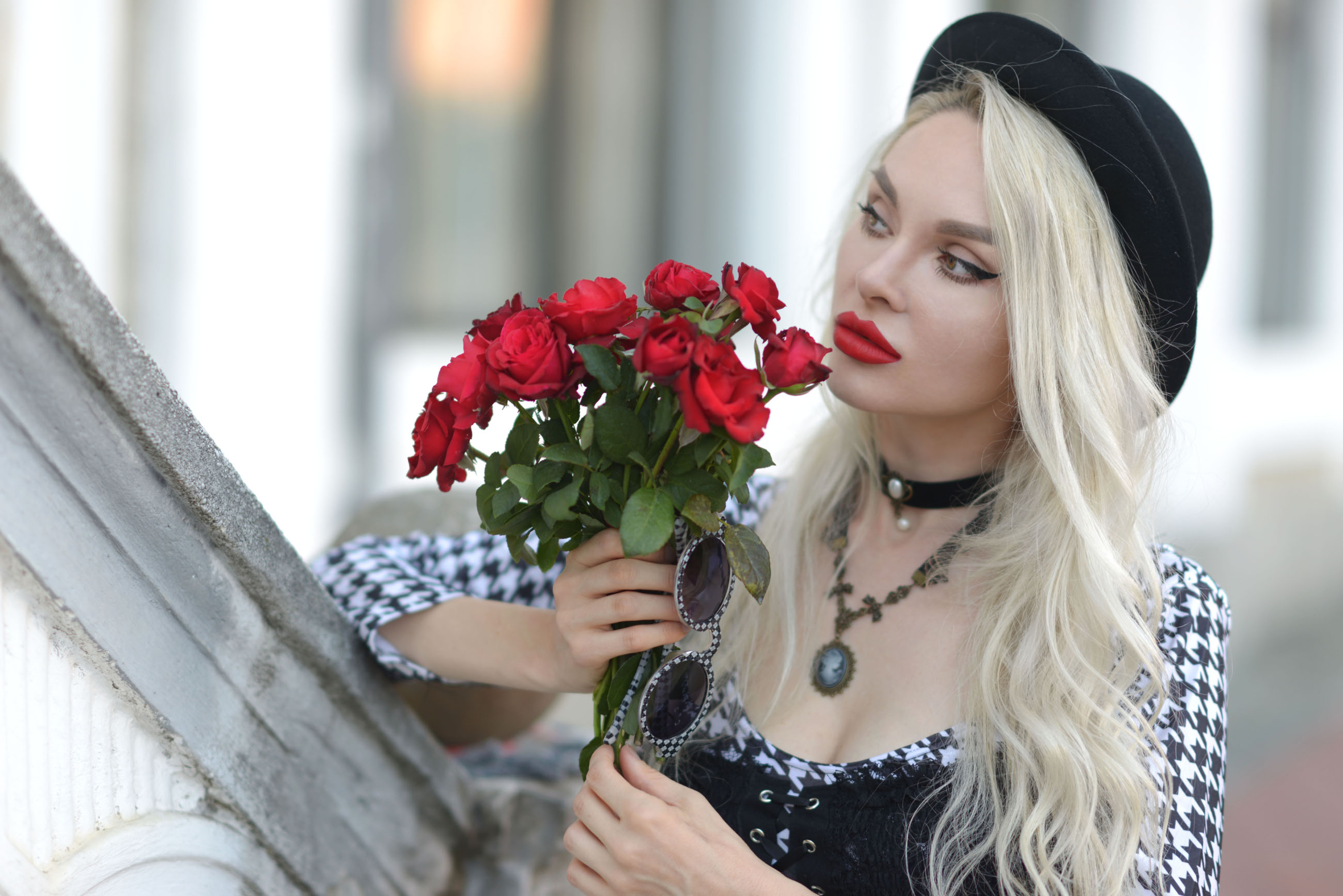 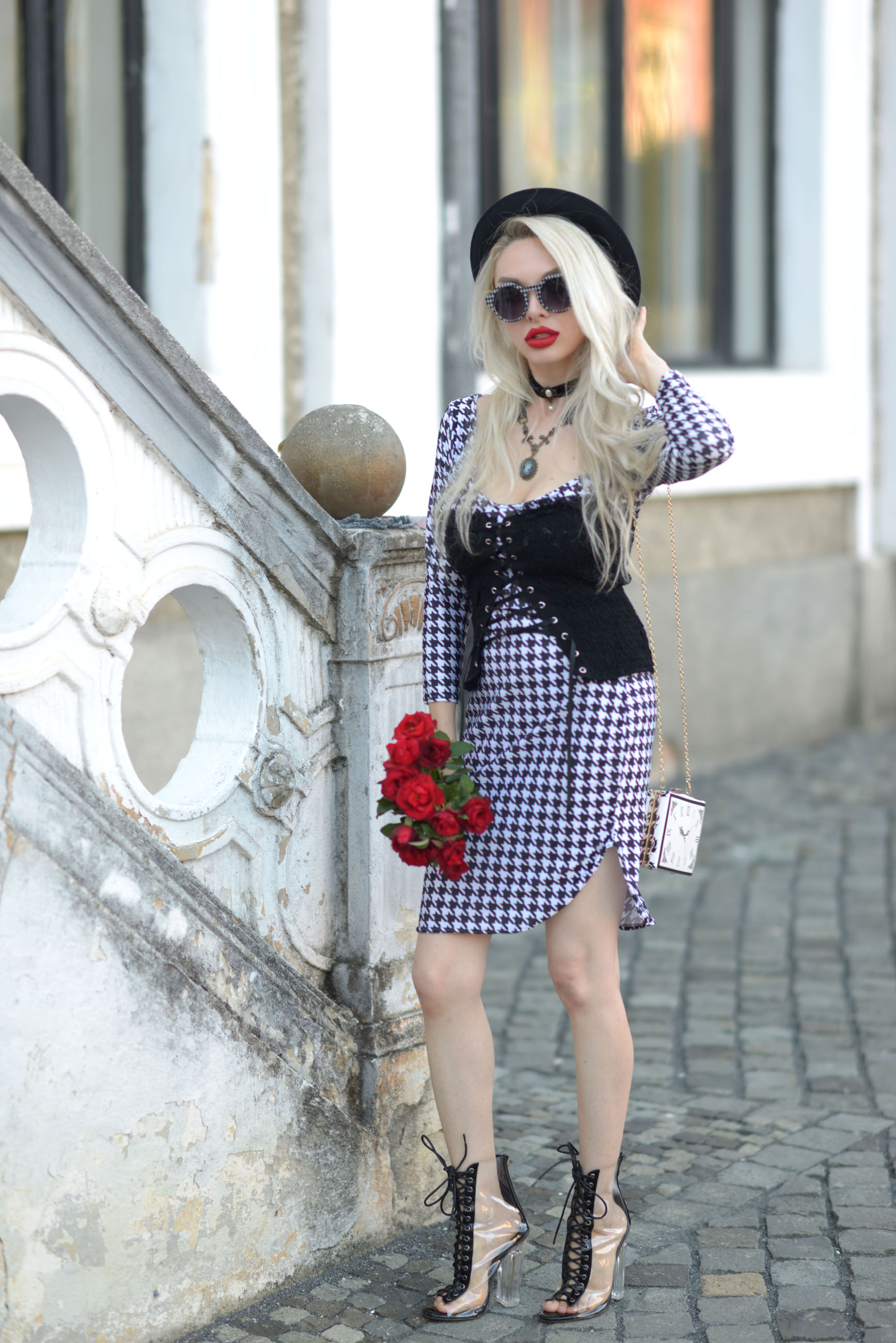 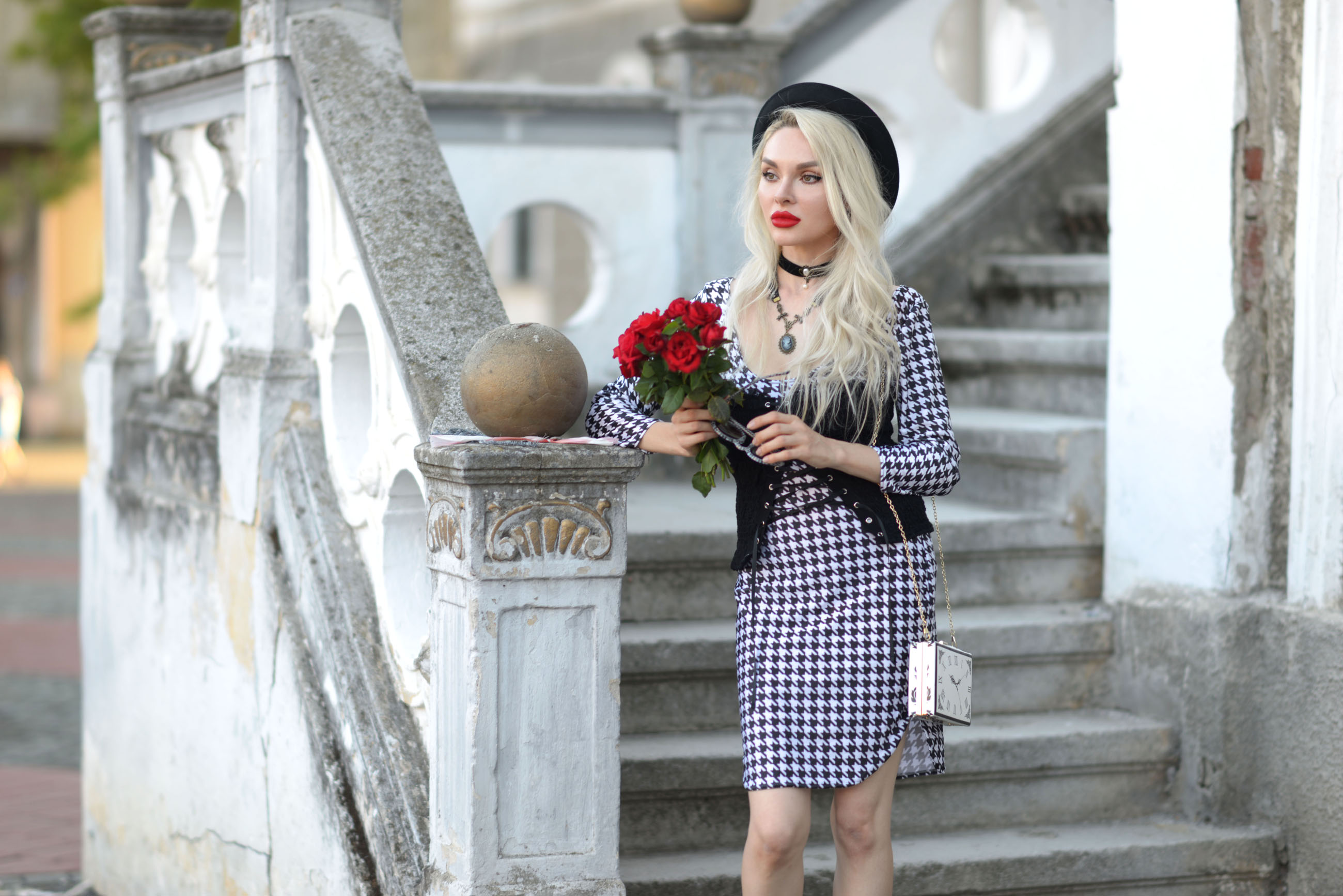 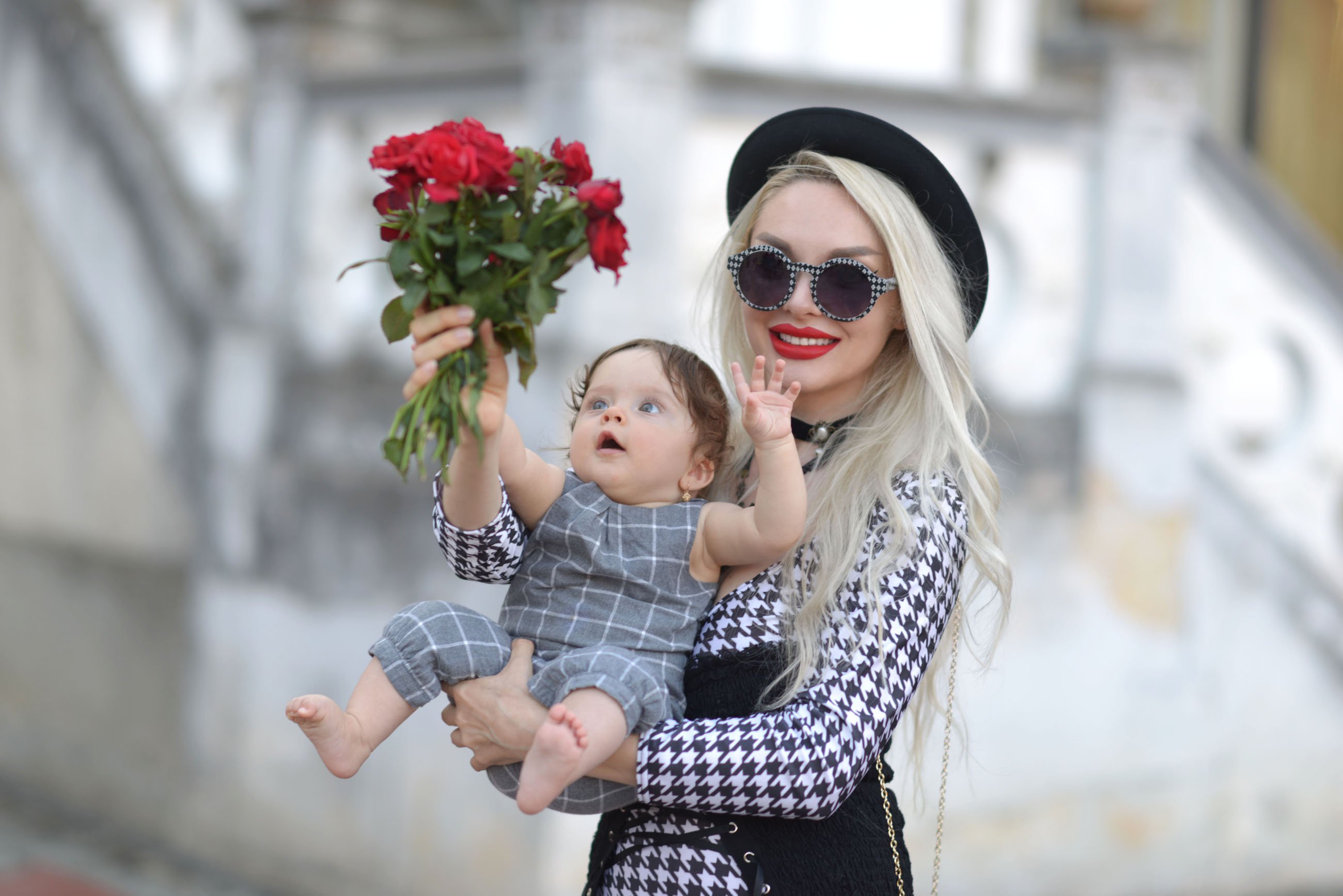 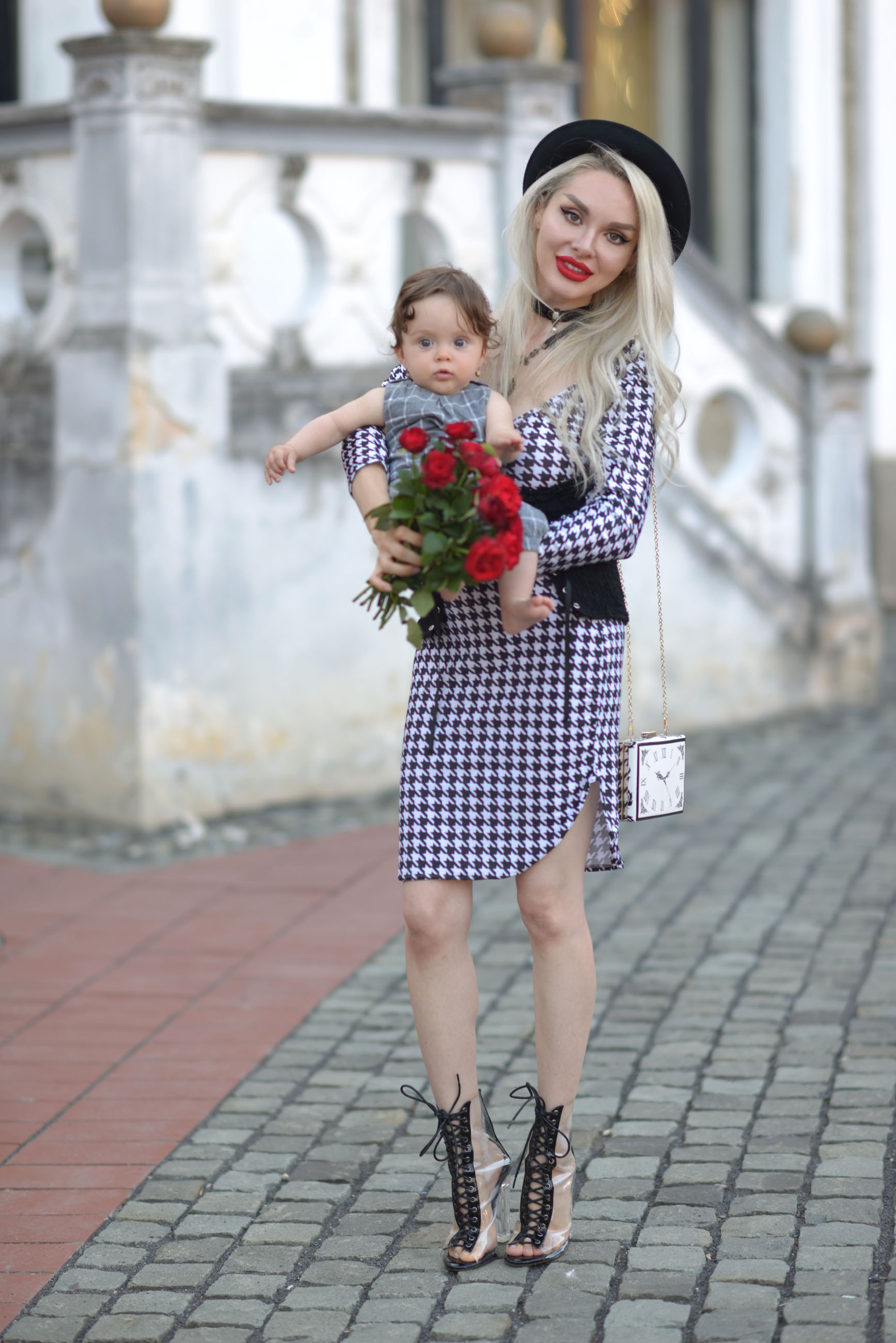 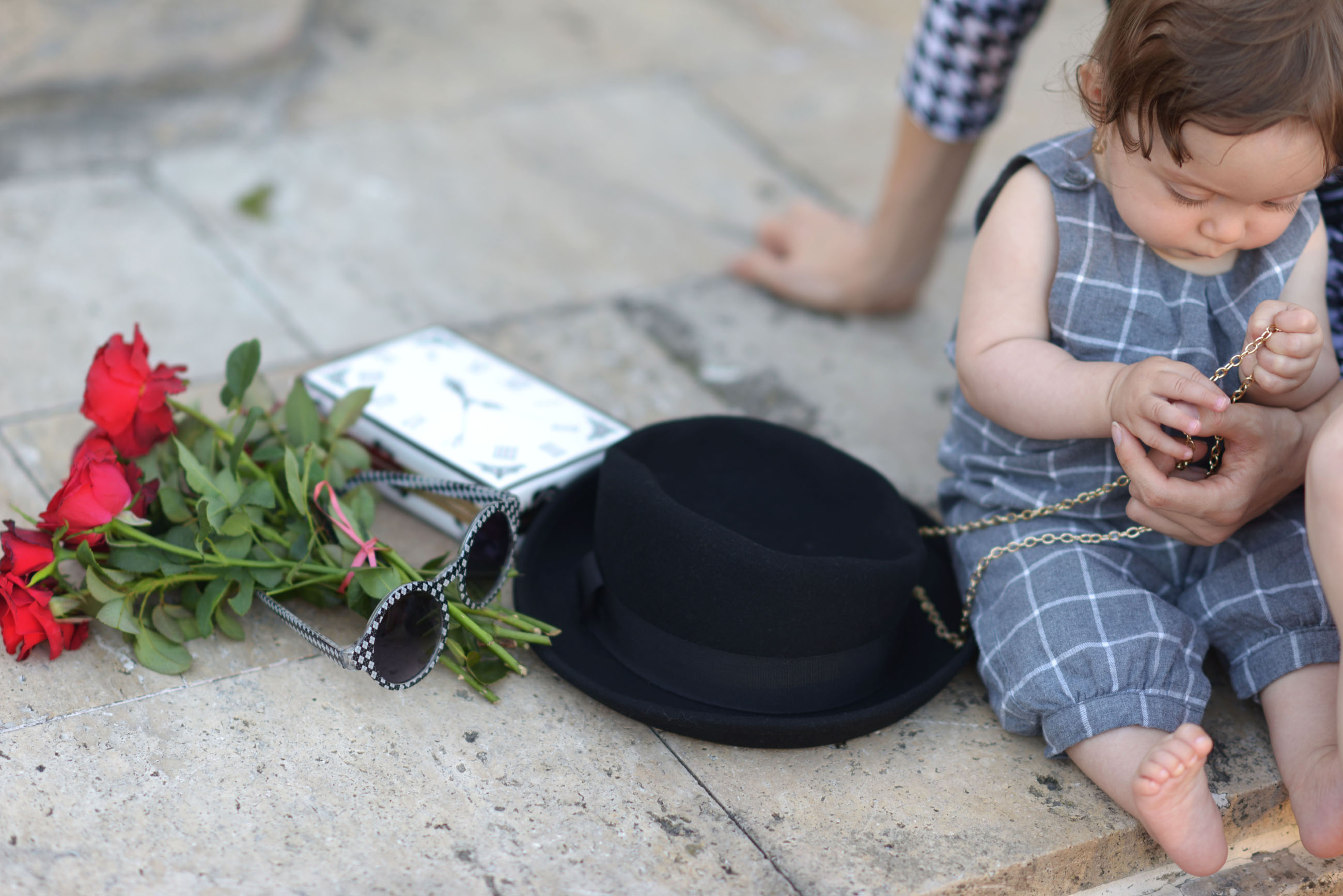 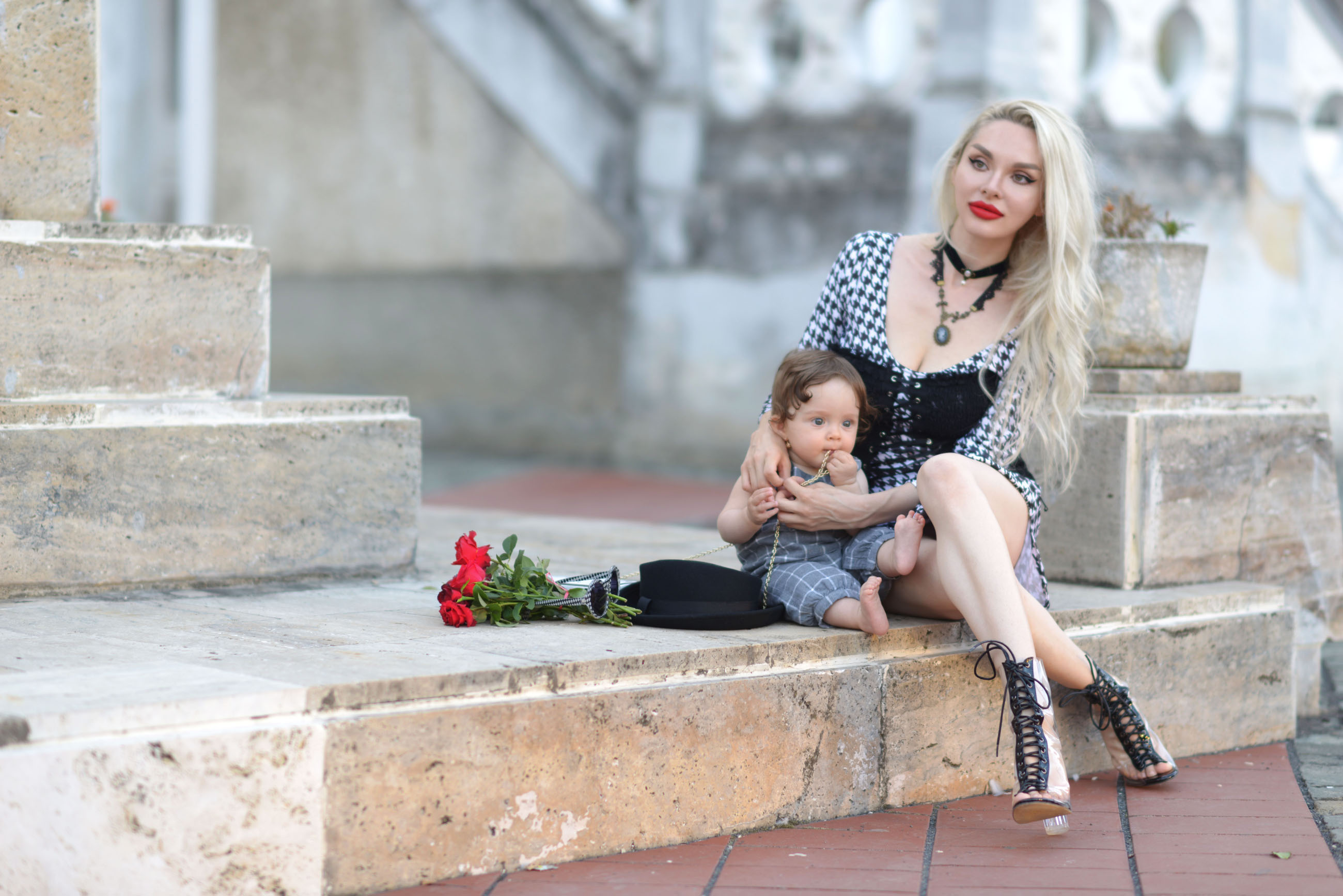 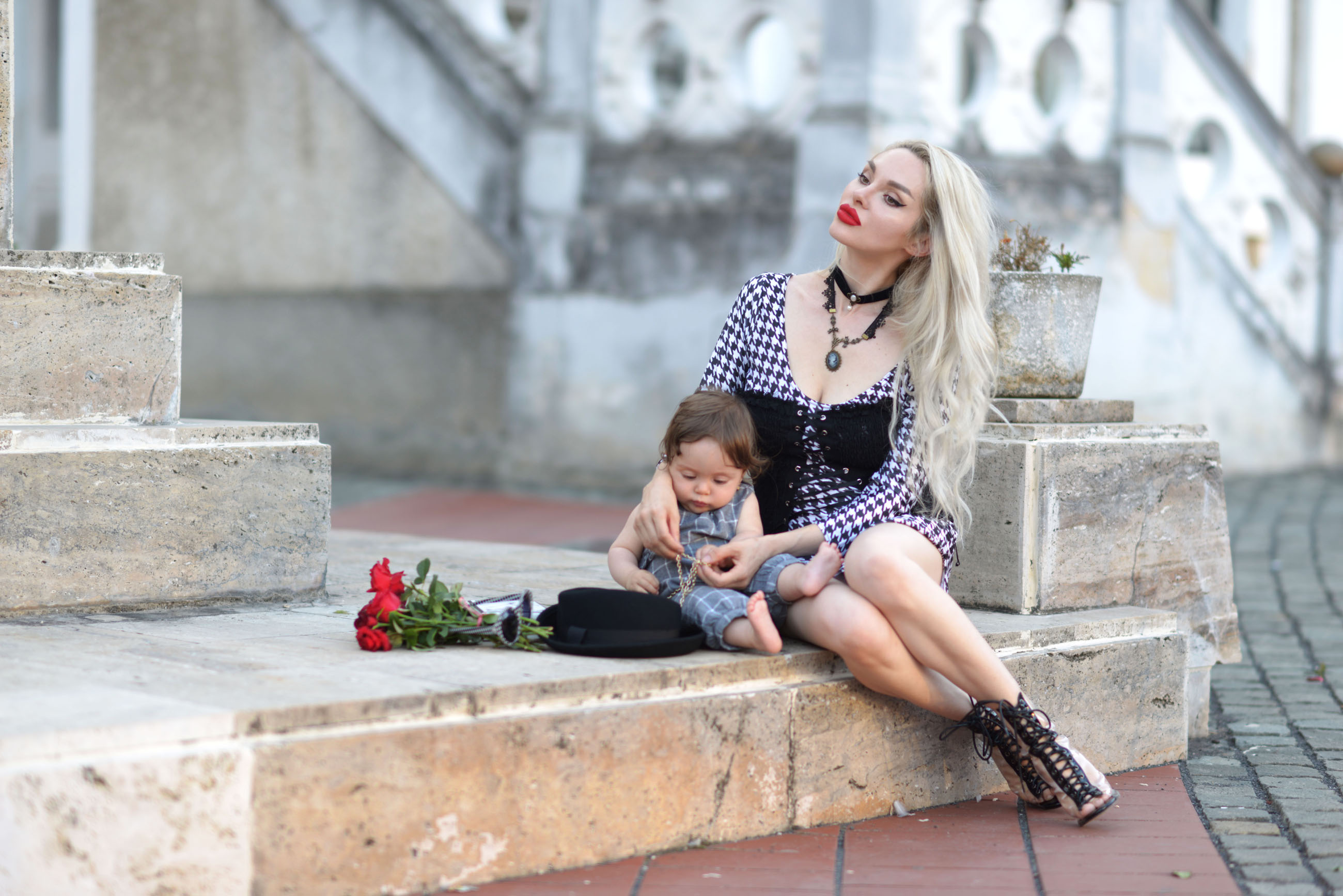 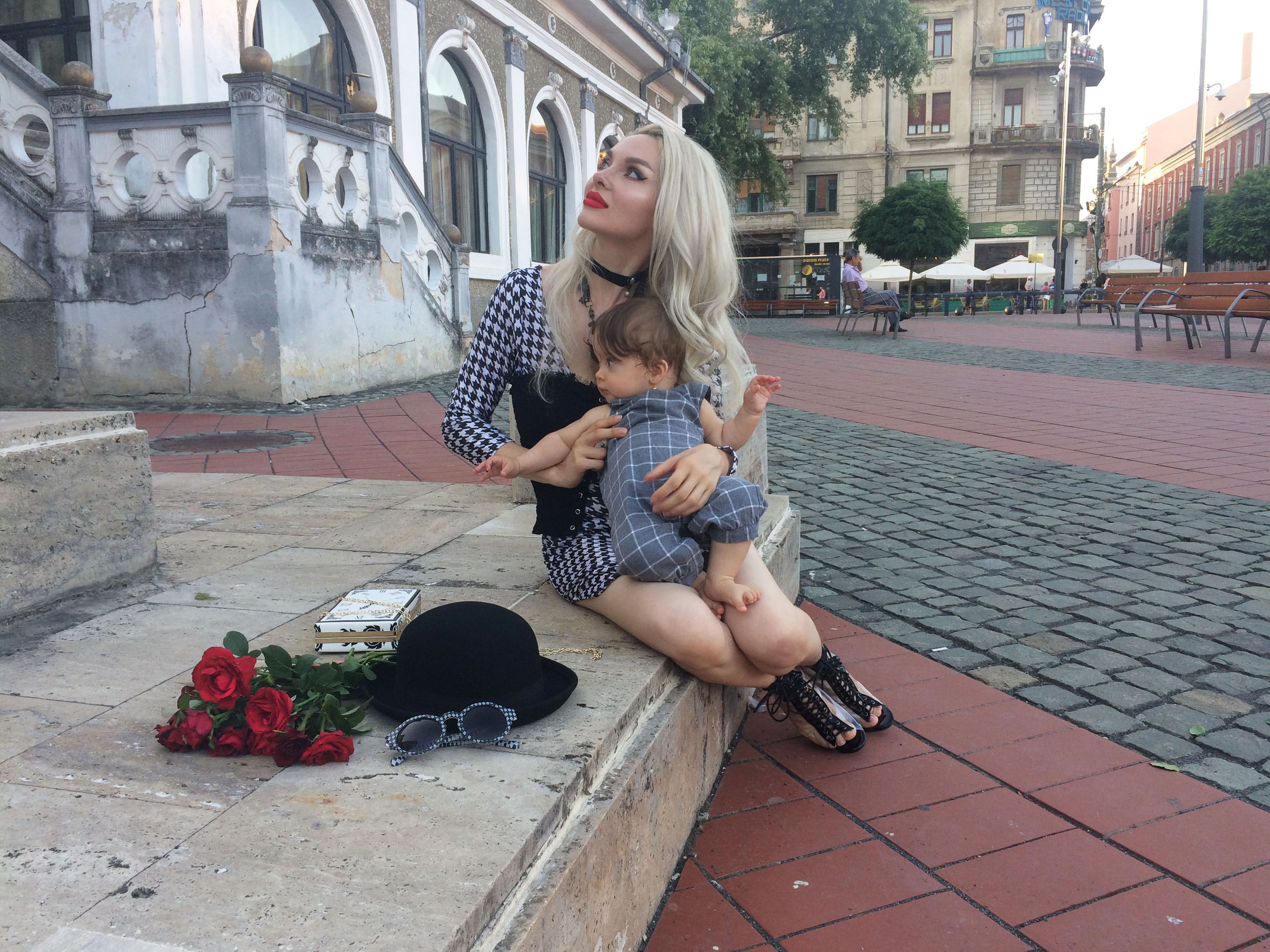 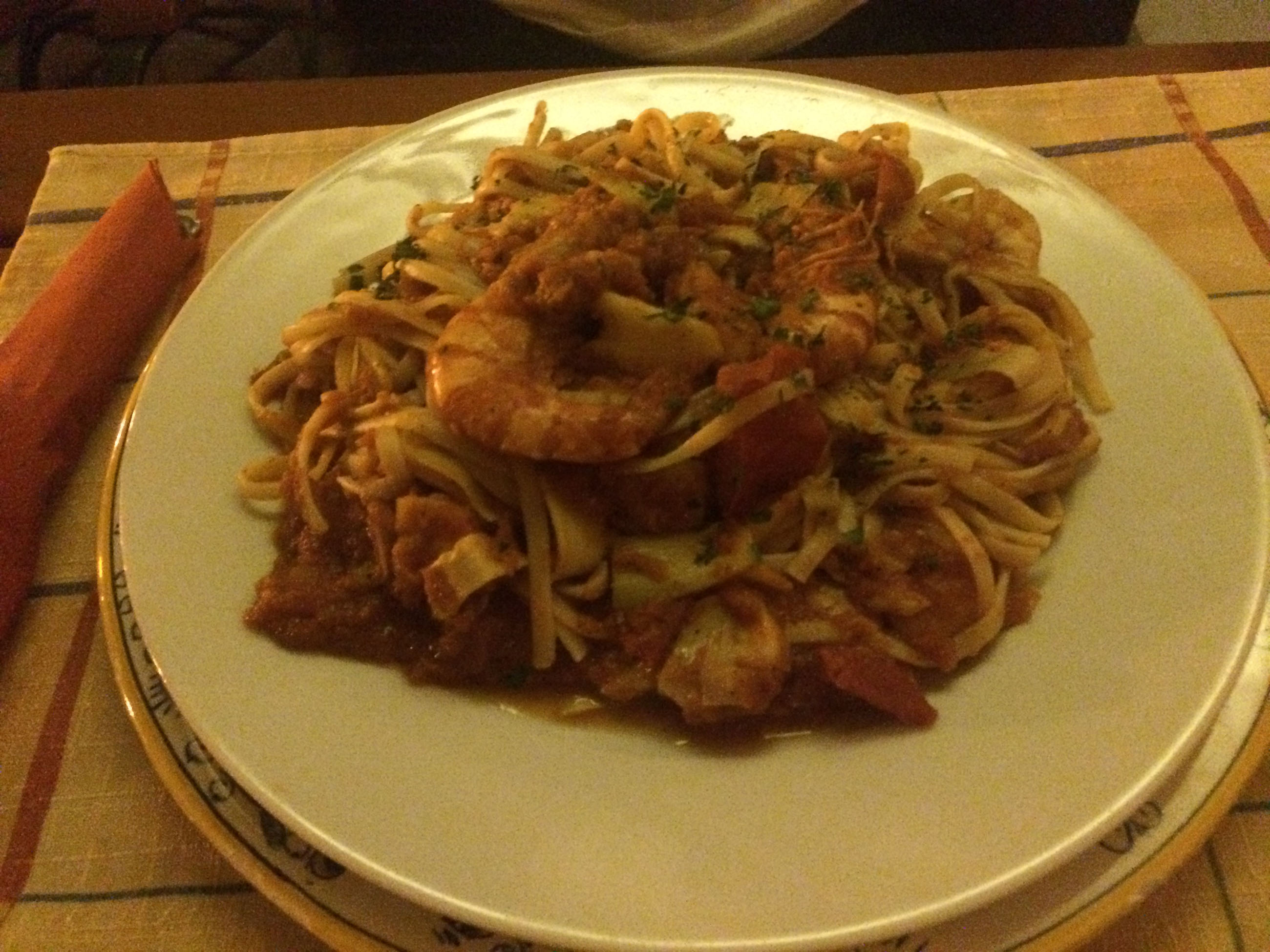